To be honest, I did not know Anthony Deden, he is the founder of Edelweiss Holdings, a private investment holding company with long-term participation in the production, chemistry and technology of food, aquaculture, materials, forestry, resources and various industrial and engineering endeavours.

Recently I watched an amazing interview with Grant Williams (Real Vision) and I was fascinated by all the wisdom Anthony shared.

I started to try to find more information about him and his holding but he only has a corporate presentation on his website. His portfolio (as at 31 Dec 2017) it was formed by:

The return record is quite spectacular, Edelweiss holding vs MSCI World Index. 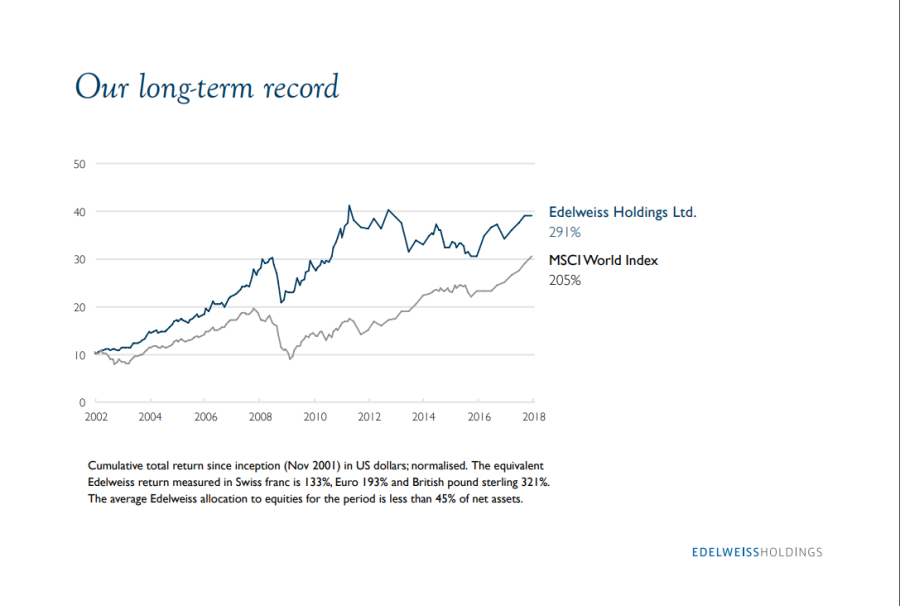 Also, I could find some equities he owned, such as Emmi (Magallanes Value is a huge fan of this company also), Bic and TFF Group.

Some notes about the interview: 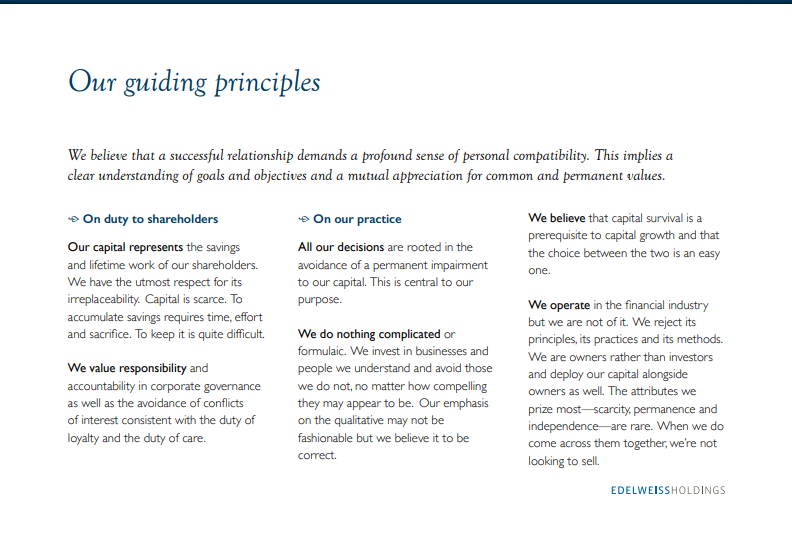 info at saetacapital.com "We all know that Art is not truth. Art is a lie that makes us realize the truth, at least the trith that is given to us to understand." Pablo Picasso. View more posts

4 thoughts on “Notes from Anthony Deden interview by Grant Williams”